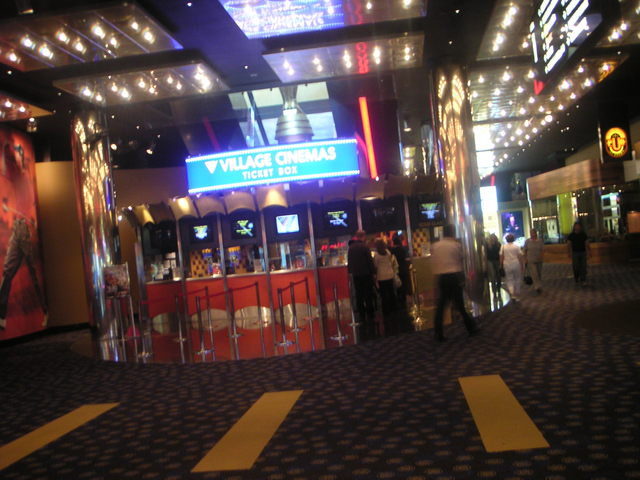 Located in the centre of Melbourne on the south bank of the River Yarra. The Crown Casino is reputedly, the most visited tourist destination in the State of Victoria. The complex boasts the largest casino outside of North America and contains 350 table games and 2,500 gaming and slot machines, themed areas and restaurants, two live theatres and a 14-screen multiplex cinema.

The Village Cinemas at Crown opened on 8th May 1997. Due to superstitious beliefs in western & eastern cultures, there are no screens numbered 13 & 14. Instead, there are screens 1-12 and 15 & 16. Four of the screens have ‘Gold Class’ luxury lounges which each seat 28 in luxurious widely spaced seating areas. Initially when it first opened the Village Crown Casino 14 operated around the clock 24 hours a day, never closing, but this was cut back after a while to more regular cinema hours. 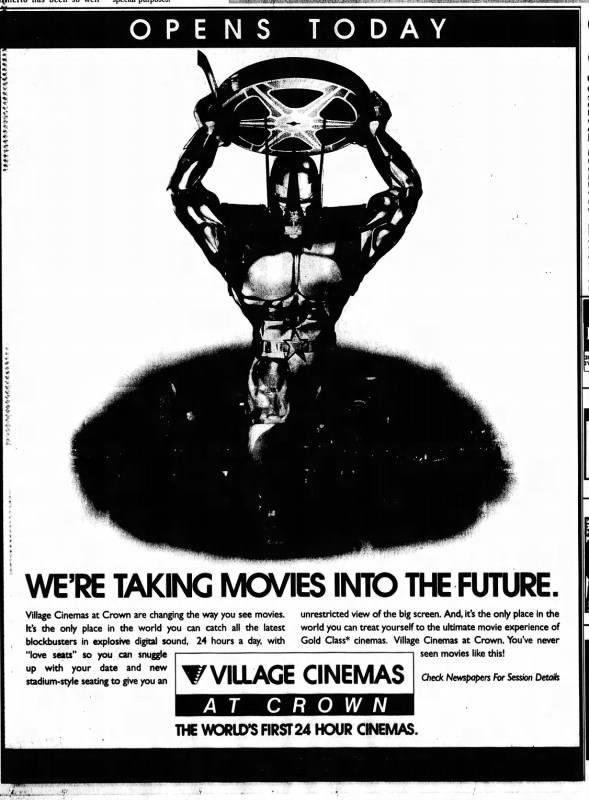