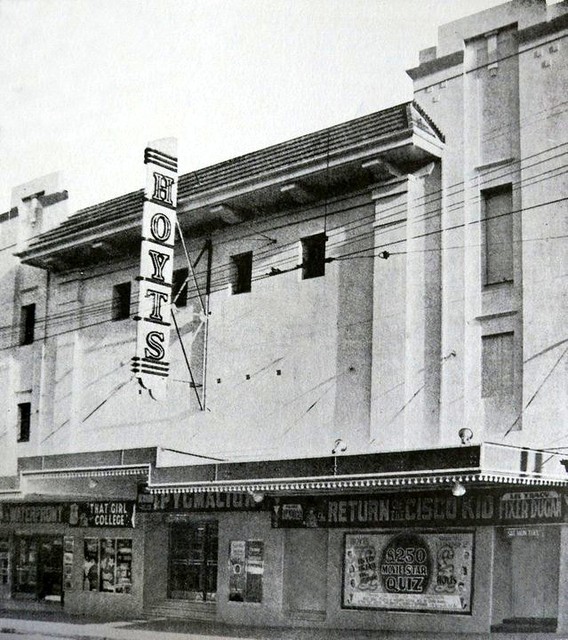 The Hurlstone Park Theatre was opened on 5th May 1927. Built on a rather awkward site, the noted cinema architectural firm of Kaberry & Chard designed an attractive theatre, originally with a Classical style. The central section of the exterior had a mansard tiled roof over the entrance. Seating was provided for 1,365 in the stalls, 556 in the circle and there were three boxes along each side-wall at circle level, which seated 24 in total.

The Hurlstone Park Theatre was built for an independent operator, but was quickly taken over by the Hoyts Theatres chain later in 1927.

In September 1938, Hoyts purchased the freehold on the building and began an extensive re-modeling, in an Art Deco style. Hoyts Hurlstone Park Theatre was re-opened on 2nd September 1939 with Adolph Menjou in "King of the Turf" and seating for 1,722.

Hoyts Hurlstone Park Theatre was closed on 1st October 1960. It was converted into an ice skating venue, known as the Ice Palais. In 1966, it became an auction house for Associated Auctioneers and they remained in the building until 1968, when they moved to the former Hoyts Theatre at Balmain.

The empty Hurlstone Park Theatre was severely damaged by a fire on 16th October 1971, and it was subsequently demolished. An apartment block with retail units has been built on the site.