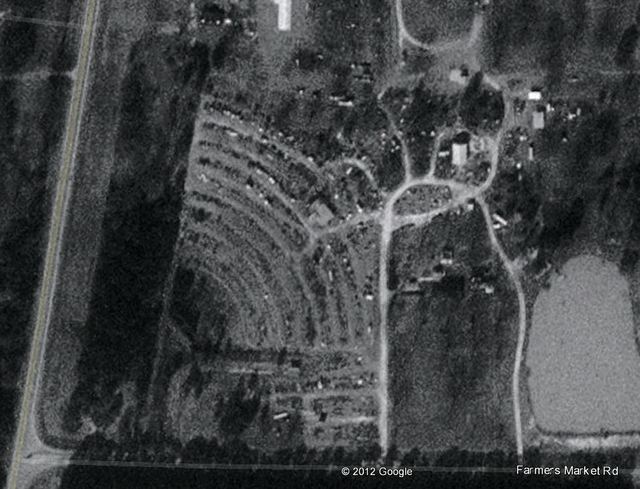 Cordele, Georgia is a small South Georgia town that I have spent some time in, but never noticed a drive-in. Granted I was 13 or so, but even then I was always on the watch for drive-ins. In those days there was not a lot of interstate highways, so you traveled the state roads. Georgia state road 41 runs into Cordele.

ONLY “plan on putting every drive-in from Georgia that is not already on CT on the Cinema Treasures site” is that all?

Here’s what I want to put on CT if they are not listed:

The about 180 foreign CINERAMA Theaters (all United States theaters
are listed except 2 that I only know the name and city, I’m not convinced they really existed).

All theaters that had those Mighty Theater Pipe Organs. WurlitTizer made 2,238 (most, but not all went into theaters) plus other companies such as Barton, Robert-Morton, Kimball etc.! I have the lists

All the theaters on existing and former military bases. I have working lists.

I hope I live a long time!

Did you notice the MAVC theatre I put on under newest theatres.It might be of interest to you. Yep I only have 70 or so drive-ins left.You have a much bigger task and I hope you do live long enough and then alot more to be able to enjoy the work. I have a flyer from Fort Gordon, Georgia on the movie “EXECUTIVE ACTION” i pick up as a kid out on the base one day.It had on it “FOR INSTALLATION DISTRIBUTION ONLY"Coming soon to your Army and Air Force Theatres.Admission at the theatre at Fort Gordon was $1.00 for adults and 50 cents for children.I remember they had a beautiful new theatre and later built a second screen,but smaller cinema.Ray Hutto who hand built SOUTHSIDE CINEMA {on CT] I think got the seats from that newer theatre for his South Augusta theatre.Interesting story.

Yes interesting and I did notice MAVC (must be a lot more to that story). Lots of bases in Georgia.

The above address will map accurately to the location of the drive-in, which is visible on Google Earth using historic aerial imagery.

Here are my pictures of the Cordele Drive-in from March 2012.

This is one of the best theaters that I’ve ever come across. The drive-in is in excellent condition for being closed for about thirty years. The screen doesn’t appear to have any damage and the marquee has held up surprisingly well.

Approx. address for this drive-in was 101 Farmers Market Rd.

Just drove by this today, its a shame it hasn’t been preserved. It looks to be in a severe state of disrepair. I enjoyed seeing a piece of Georgia’s history though.

Another address that works (at least on Google) is 2367 Georgia 90, Cordele, GA. The drive-in sits on the NE corner. http://tinyurl.com/z2anjxl

I used 2367 Georgia 90 on Google Maps to get there. Very overgrown (will upload photos soon). Screen looks like it is in good shape. No easy way to get onto the property and I chose not to trespass. Current owner is Harry Carter.