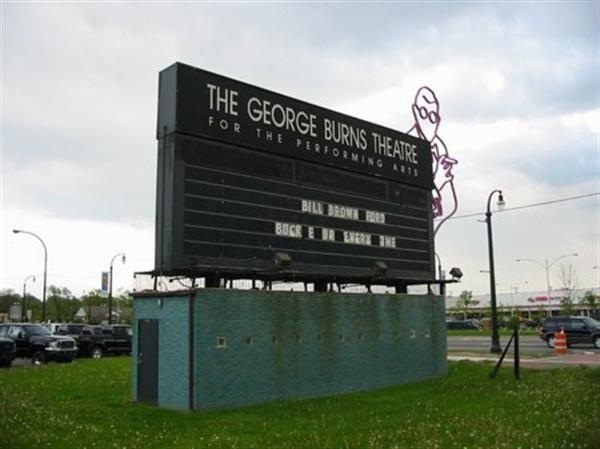 One of the last Detroit-area theaters built with a full stage and orchestra pit, the Mai Kai Theatre was built for Nicholas George and opened April 10, 1963. It was built at a cost of over $1.5 million. It could seat 1,396 and decorated in Polynesian style, as its name would imply, though it had all the most up-to-date amenities of a 1960’s-era movie house, including both 35mm and 70mm projectors, a huge 60' by 27'; screen, and comfortable seating.

On opening night, the stars of the first movie to play the Mai Kai, “Son of Flubber”, Tommy Kirk and Annette Funicello, were in attendance. Also, the Mai Kai Orchestra performed, for the first and last time.

The theatre’s management claimed that the Mai Kai’s parking lot could hold more than 3,000 cars, but the true number was closer to 500.

Though several times throughout the 1970’s there was talk of dividing the auditorium into a twin or more screens, the Mai Kai Theatre remained a single screen until it closed, in 1987, a year after the theatre was acquired by AMC. During the 1970’s and into the 1980’s, the Mai Kai Theatre was one of the more popular area venues to see “event” films like “Superman” or the original “Star Wars” trilogy, in large part due to its vast screen.

After sitting vacant for almost a decade, the George Burns Theatre was demolished in 2003 for new town homes and a Walgreens.

I remember the night the world premier of the movie “The War Lord” was shown at the Mai Kai. I was a member of the Franklin High School marching band, and we performed at the theater before the film. Charleton Heston and Rosemary Forsyth were there and spoke breifly just prior to showtime.

Does anyone know the name of the play at the George Burns Theatre with Julie Harris?

Theres some GREAT photographs on this page:
http://www.cinematour.com/tour/us/13055.html

I am looking for any photos anyone might have of the mai kai, my father was an usher there and he took my mother there on a few dates.
If anyone has any ideas please email me at

Cathie—I believe it was Lettice and Lovage.

April 10th, 1963 grand opening ad in photo section. It claimed to be the world’s most beautiful theater.

Visited the Mai Kai a few times growing up. Always was neat to see as you went by on Plymouth Road. Last movie I saw there was “Platoon” with my Dad, which would have been not long before it closed. The screen was huge, unlike any theater in the area. Sad to see great old movie houses like this gone forever. Thank God the State-Wayne in Wayne is still going strong thanks to Phoenix Theaters! If you haven’t been there lately, GO! It’s a wonderful experience!

Why aren’t there pictures of the inside of many Detroit area suburban theaters like there are of those in other cities. Detroiters must not be as interested in Cinema Treasures as the rest of us are. Also both names of theaters should be listed on Cinema Treasures website when a theater name has been changed. Some of us only know theaters by one name.

Norm: When a theater has had multiple names, the old names, when known, are listed in the “Previous Names” field on the right hand side of the page, and should come up in a search for any previous name.

We moved to Livonia, Michigan in 1973. I took our children to the Mai Kai many times. I loved watching movies on the big screen, just as I did while growing up in Cleveland, Ohio. After the theater was remodeled for live stage shows, I saw Bobby Vinton in concert. I also had front row tickets to see Paul Anka but the theater closed and the concert was canceled.