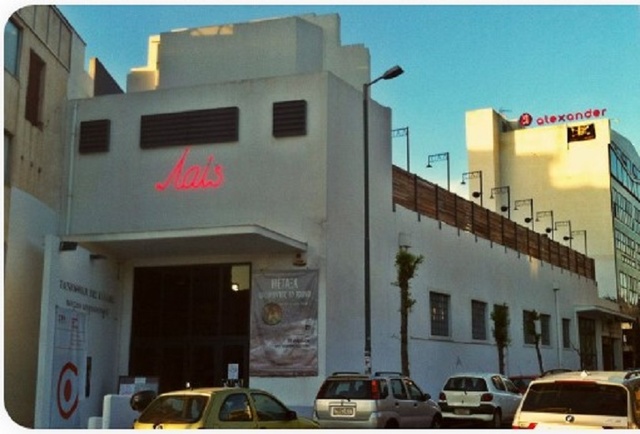 Located in the Keramelkos district of Athens. A conversion of a former car service park (car repair workshop) which was built in 1948 and had an outdoor cinema on its roof. The Greek Film Archive Film Museum was founded in 1963, and moved to these current premises on 9th October 2009.

There is now an indoor cinema, and on the roof is the original outdoor cinema which first opened as the Lais Outdoor Cinema in 1948, and was closed in 1975. This is now again used during summer months.