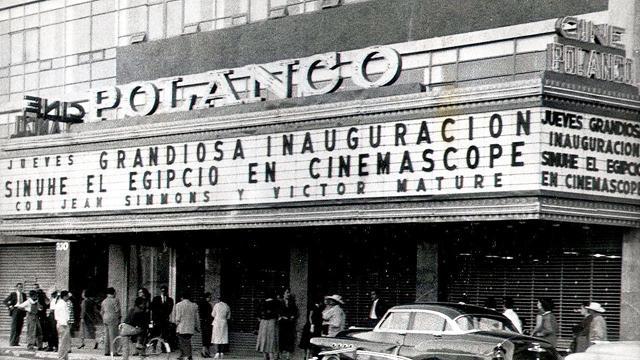 Located in an up-market residential district of Mexico City. The Cine Polanco was opened on 5th May 1955. All the 2,800 seats were on a single floor, with a stepped stadium section at the rear. The cinema was planned specifically for the installation of CinemaScope, and it boasted a 75 feet wide screen. There was a large car park beneath the cinemA.

It was later sub-divided into 3-screens and was still open in 1997.