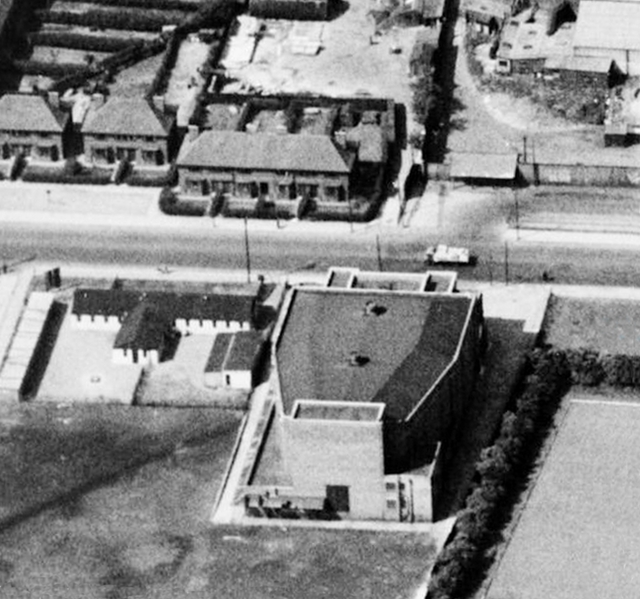 Located in Gorton, to the east of Manchester city centre. The Rivoli Cinema was at the intersection with Hyde Road, Kirkmanshulme Lane and Mount Road. It opened opened in 1936, and was operated as an independent cinema by Ben Kantor. It was a splendid Art Deco style cinema, with a façade faced in cream tiles. Seating was provided in stalls and circle levels. The proscenium was 30 feet wide, and there was a 20 feet deep stage and eight dressing rooms.

The Rivoli Cinema was taken over by the Newcastle based Essoldo Circuit (Control) chain in 1946, and was re-named Essoldo. It was closed as a full time cinema in March 1960.

In 1965 it was converted into a bingo club and also operated for a while as a cine/bingo operation, showing its final film “Here We Go Around the Mulberry Bush” starring Barry Evans on on 25th May 1968. The bingo club continued to operate until it was closed in 1995 and the building was demolished. Housing was built on the site, known as Essoldo Close.

A ‘Bongo Club’? In Gorton? How cosmopolitan!!

Maybe Bingo Club?Bongo club is a new idea though!