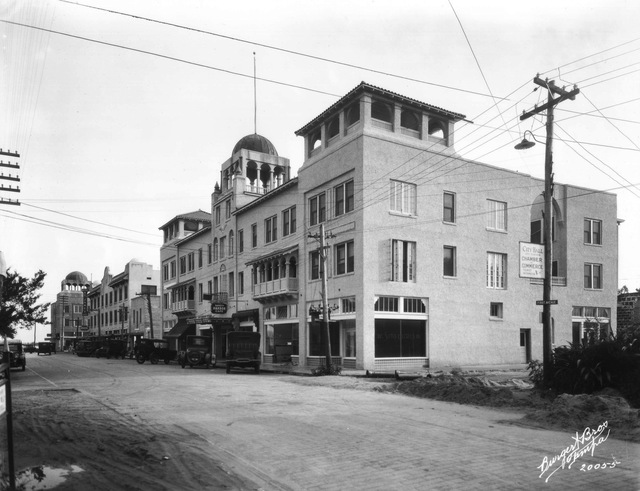 The Alden Theatre was located on the first floor of the Alden Building in the sleepy town of Safety Harbor. The building appears to have been demolished.

This is the Alden Building.

216 Philippe Parkway, Safety Harbor, FL 34695 Now a parking lot. I went there a couple of times when I was about 12. Closed soon after.

high_performance_76 is correct about the 1932 reopening of the Alden Theatre as a movie house. An item in the “Satety Harbor” column of the April 20, 1932, issue of the St.Petersburg Evening Independent says that the Alden Theatre was to reopen on May 2. The house had not shown movies for two years. An April 1 item in the same paper indicated that the house had never been equipped for sound.

The theater had not been entirely dark for the entire two years though. It hosted at least a few live events. The March 19 St. Petersburg Times said that a “good crowd” had attended a performance of the Chick Dramatic Company at the Alden Theatre the previous Tuesday. The December 23 issue of the Evening Independent reported a benefit at the Alden featuring a “…Biblical topic…illustrated by slides….” followed by musical selections and specialties by local talent. A play put on by the local chapter of the Eastern Star drew a full house at the Alden, according to the March 2, 1931, Evening Independent. A number of other such events were reported by the newspapers during this period.