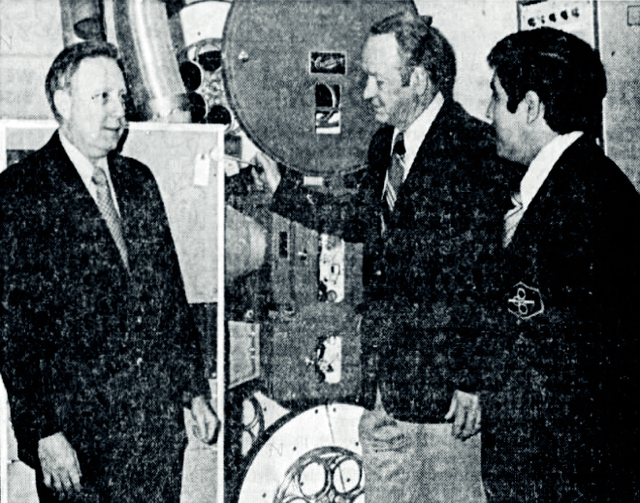 Located near the Alexandria Mall, it was opened by the General Cinema Corporation on December 25, 1973 as a twin screen. It expanded to six screens on September 19, 1986. It was last operated by Carmike, which closed the theater in 2007. It was then demolished to make way for two hotels.

Well said? I’m not so sure. Walczak took five paragraphs to write what he could’ve stated in a single sentence. The single-sentence version of his opinion on this matter may as well have read something like, “Accuracy does not matter here at Cinema Treasures.”

I think it would be helpful if somebody is posting info that has been shown to be often inaccurate, that at least state in your comment where/why you have that information. Not doing so will make your comment appear to confirm already questionable data. I applaud Rivest for accumulating what he has, but being one man sorting out decades of info on places he’s never been is going to lead to errors and misunderstandings. If you’re simply reposting it here to make it part of the Cinematreasures record you should make sure it’s not interpreted as your own recollection/fact.

If somebody posted “Rivest says X theatre opened on X date.” we can be happy with that. Later on somebody else could come along and post “Yes, that sounds right because….”

This sort of anecdotal information gathering is one of the reasons why we don’t let people post to specific theatres at CinemaTour because you get one person who swears up and down one fact that just isn’t true… or as I see often here… that a theatre’s chain should be part of the theatre name when that’s just nonsense.

Mr. Coate.It must be hard to walk around with your ego.Lighten up!With all due repect.

No one is trying to turn this site into a dry, scholarly document filled with footnotes. But, historical information should be cited. If you are quoting an opening or closing date, please let us know where you got that information. If you found an article in a newspaper, let us know the newspaper and date. If you found information on a website, give the author of that site some credit. No need for a full bibliography, just a word or two about the source. That will give someone who might want to check things out further a place to start.

Many posts on CINEMA TREASURES certainly donâ€™t need references. Posts about memories or experiences add character to this site. I love to read posts from former projectionists and managers about their theatres. I want to read about those first experiences with great films or things that might have gone wrong in the booth.

I can not agree that any post is better than no post. There is a book about widescreen processes that is so filled with errors that it is almost unusable. (A list of corrections to the book is 60 pages long!) I donâ€™t want CINEMA TREASURES to become unreliable. Everyone here should try to be as accurate as possible. The site will be better for it.

Good Comment Mark. I always try to give my source and even then someone will correct it and that is fine.we all love movie Theatres since most of us spent hours and hours running them; missing Hoidays and such,for love of working a theatre.

I agree too Mark and Mike.Lets keep it accurate as possible and fun too!

Hi Everyone, I notice a lot of activity on this. Any way, I was Manager of of the Alexandria Cinema I&II at the Mall Alexandria, La in 1978 to 1979. I had managed General Cinema Theaters (Galleria-Houston, Galvez Triple-Galveston, Quail Creek Cinema -Shreveport, . Mr. WJ Wilson was the division manager based out of Houston. The Alexandria theater was the smallest GCC in this division, but was a fun theater for me . I was only 30 years old at the time. I remember getting the movie Superman (you will believe a man can fly) near Christmas in 1978. We got the print in as usual a couple a days ahead and the projectionist had already spliced it up and was ready to go. So as a present to all the employees(on Thursday after the last movie played and we cleared the auditorium). I had the projectionist play just for us the feature. We all loved it. In our business , we didn’t get to see a lot of complete movies. A lot of beginnings and a lot of just endings. This was a big no no(film companies do not approve) but I did it anyway. Just didn’t tell and the projectionist was true friend. He even helped rebuild my MG Motor). At this time AMC was trying to get in to the Act , while GCC was still the number one theater chain.

They were trying out this new “Platter” system that would allow them to get one print and play it in several auditoriums with only a slight lag in time. It also allowed them to go non-union with the projectionist guild. General cinema was against the megaplex idea, but it appeared that AMC was starting to be successful. General Cinema was still using the 2 projector system with 1 hr reels with a changeover que at the end of the 1st reel. They decided to try this multiplex in a theater in Baton Rouge. They would also incorporate the new “Platter System” I was invited to see this in action, although I was still at Alexandria. When I visited the Baton Rouge Cinema in 1979 , I become aware of some of the problems(later worked out). The platter was 2 large aluminum circular plates that would hold 1 entire film spliced together. It could be run thru 1 or several projectors before returning in a long loop to the take up platter. Eliminating changeovers and a projectionist to watch. Theory -it could be played unattended-saving a whole lot of labor cost. The downside-As static electricity would build up it would literally float into the air and sometimes shoot of the platter tearing the film into lots of pieces. General Cinema wasn’t happy with that . AMC persisted and eventually took over market areas because of this edge. Sorry about all the extra talk-but it is possible that the later expansion to a multiplex was part of a design that GCC moved to. They did heavy expansion in splitting 2 screens into multiples and adding extra screens during this period. I managed in Shreveport and know they did that there on visiting early in the 1980’s. After 1980 I did not get a chance to return to Alexandria. If I can find a business card of mine (possible) from Alex cinema I can verify that it is the same address. The address above is the one I remembered for Alexandria Cinema I&II

Hi Again from Philip Rebstock, I forgot to mention. In 1973 when I took over Quail Creek Cinema in Shreveport , Mr. Wilson , the district manager had me going to Alexandria quite often as the building of the theater was underway and seating, projectors and the like were being shipped there. I was the closest GCC operation and at the time and I was scheduled to be its first Manager after it opened. I remember seeing it for the first time when the concrete for the seating area was being poured. I was given the choice to remain at Quail or go to Alexandria . I decided to stay. The assistant manager from Gulfgate in Houston, I believe his name to be Rameriz was the first manager of the Alexandria theater 1&2

This opened on December 25th, 1973. Its grand opening ad can be found in the photo section.