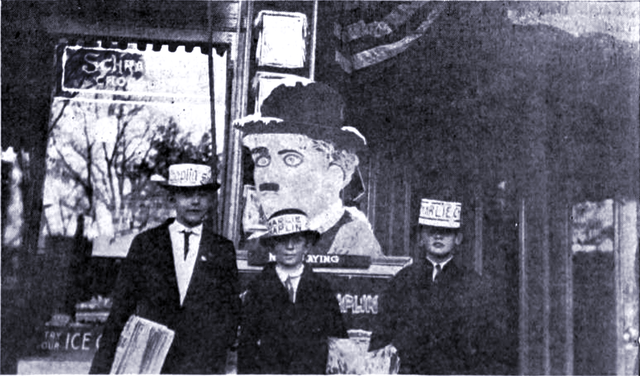 The Alhambra Theatre was operating prior to 1916. By 1941 it was listed as being under the direction of Warner Bros. Circuits Management, but was closed. It was still retained by Warner Bros. and brought back into use sporadically. It was destroyed by a fire on December 30, 1949 and the remains were demolished in 1951.

The Alhambra Theatre in Torrington was mentioned in an advertisement for the Picture Theatre Equipment Company, vendors of projection equipment, in the July 1, 1916, issue of The Moving Picture World

An article in Film Daily of July 29, 1940 said that the house had been leased to a subsidiary of Brandt Theatres. This deal apparently fell through, but the article said that leaseholders Warner Bros. had kept the house dark for many years, with only one period “about two years ago” when it opened for a while, and more recent opening for showings of “Gone With the Wind.” An article in the professional journal Fire Engineering about the December, 1949 fire said that the house had not been in use since 1940, and had still been under lease to Warner Bros. at the time of the fire.