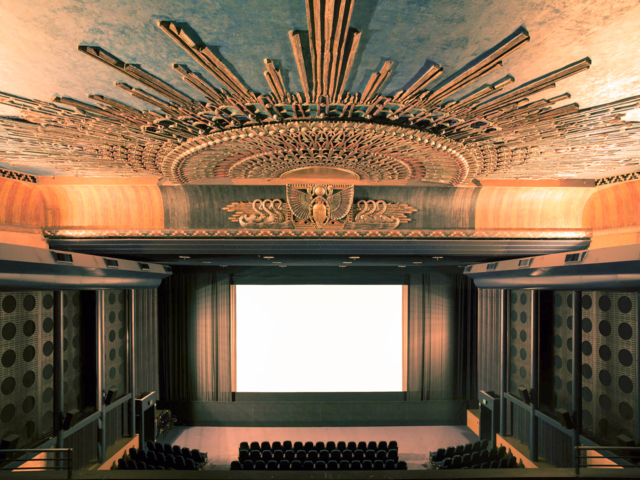 But this IS small. Considering this was one of LAs great movie houses the architect of this screening room should be charged with vandalism of public property.