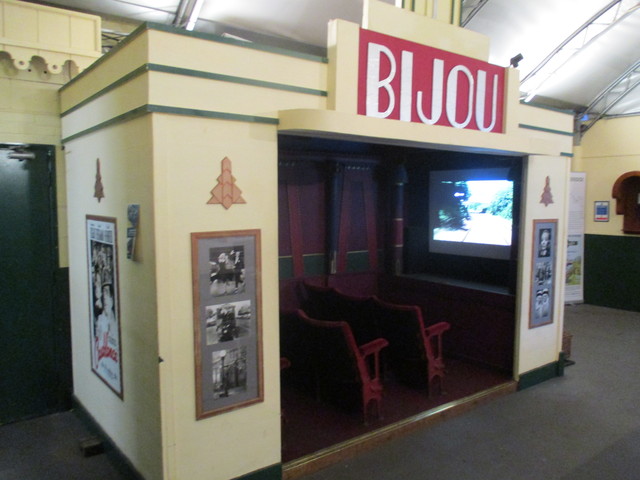 The Bijou Cinema was created in 2009 from a single railway freight van body, and is located on the concourse of Tunbridge Wells West Station, at the Spa Valley Heritage Railway.

It has nine tip up seats formerly in the Stag Cinema in Sevenoaks, and has digital projection and Dolby sound. It is open at weekends between Easter and Christmas, and also midweek during the summer. It shows vintage news films of railway interest in a continuous performance during railway opening hours at no extra charge.

The cinema has a full streamline moderne exterior, and a highly detailed Egyptian interior. It is believed to be the smallest cinema open to the public anywhere in the world.