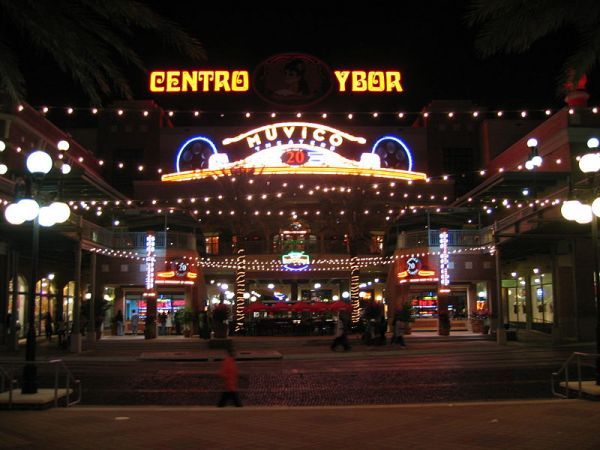 Opened in 2000, the theater has four auditoriums with leather seating that is for ages 21 and up only. The theater also has a full service bar. Initially opened with 20 screens, an IMAX screen was later added. By 2014, the IMX screen had gone and the number of operating screens had been downsized to 10. It was closed by AMC on July 14, 2019.

Palm Harbor never had a theme and still doesn’t, even after the remodel. The first themed theater was the Muvico Pointe 21, which was sold to Regal in 2007.

Actually Darkness you are incorrect. While its not as elaborate in its desgin as Hamid’s Themed theatre’s built in the years that followed while he still owned Muvico it was infact their first themed theatre. It is a very subtle greek theme, themed as such due to the theatres close proximity to the Palm Harbor/Tarpon Springs border. Tarpon of course being heavily populated greeek community in Pineallas County. I was actualy part of the opening team for both Palm Harbor 10 and Pointe Orlando.

When I have time to I will upload the original press video from Palm Harbor 10’s opening. And it very clearly brings up the “Theme” of the theatre and that it was his intention in the future to bring back a good deal of that showman ship that is now for the most part lost in theatre chains.

Down to 10 screens and IMAX screen removed in 2014 according to the Carmike website.

I hate Carmike Cinemas. I knew they would ruin this theater when they took over.

Just confirmed: following 19 years of operation this theater will be closing permanently next month. Final day will be July 14th. The former 20-screen complex was reduced to 10-screens several years ago with the headquarters for Ashley Furniture absorbing the empty space. Tentative plans for the remaining 10-screen space are retail and offices.

Status should be open at least until the closing on July 14. I hate that this theater is closing. My post from December 8, 2014 proved correct even though AMC has proven to be just as bad as Carmike in the theaters they took over from Carmike.

This opened on October 6th, 2000, as the Muvico Majestic 20. Grand opening ad posted.