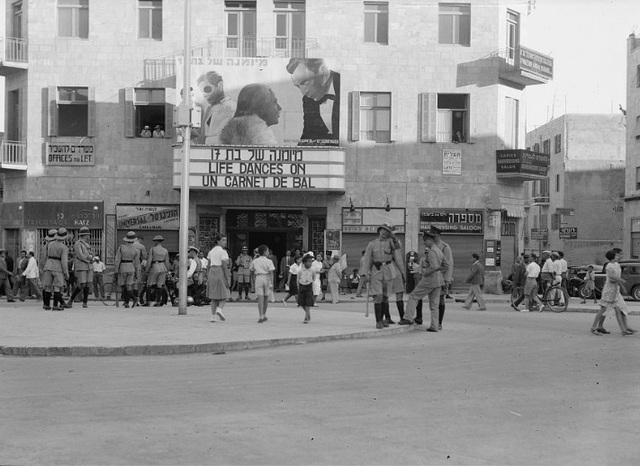 Located on Jaffa (Yafo) Road at Zion Square. The site had been occupied by a shed, which had been built in 1912 by the Greek Orthodox Church. In 1917, it was converted into a cinema by Israel Gutt, but a heavy snowfall in 1920 caused the roof of the wooden structure to collapse.

It was replaced by a new 600 seat Zion Cinema, which had a stage for the production of operas and plays. In October 1967, three Palestinian youths planted a bomb in the Zion Cinema, but it was discovered before exploding.

The picture has nothing to do with the site.