This theatre opened on November 27, 1998. Its opening movies include A Bug’s Life, Enemy of the State, The Waterboy, Thr Rugrats Movie, Very Bad Things, and Home Fries. It was sold to Empire Theatres on September 30, 2005, and was renamed Studio 10. It underwent a significant renovation in 2012 and was renamed Empire Theatres Shawnessy. This included renovating theatre ten to become an Empire EXTRA screen. On October 30, 2013, it was sold again to Landmark Cinemas. At some point, all theatres were upgraded to recliner seats. In 2019, the lobby was updated to include the marketplace. Theatre 10 was also changed to Laser Ultra with Dolby Atmos and Laser projection.

and the newspaper ad 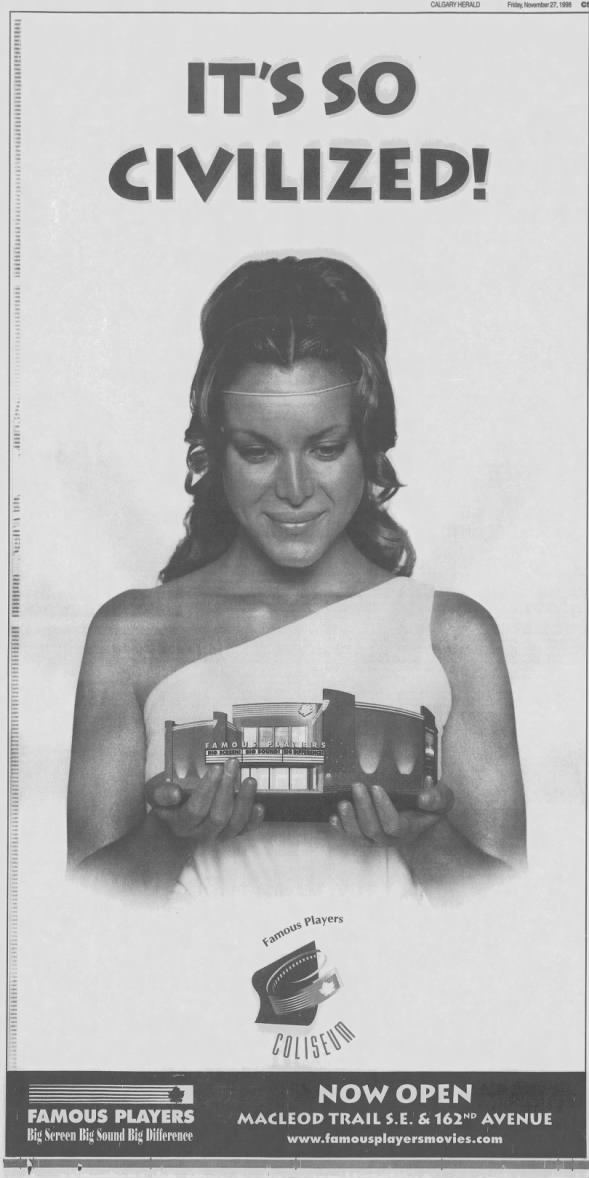 This opened as Coliseum Calgary by Famous Players on November 27th, 1998. Renamed Studio 10 in 2005 and Shawnessy in 2012. The Coliseum grand opening ad can be found in the photo section.

This was opened as one of Famous Players signature brands The Coliseum and was very surprised that Cineplex would have sold it to Empire. Especially when they kept all of the other Coliseums.