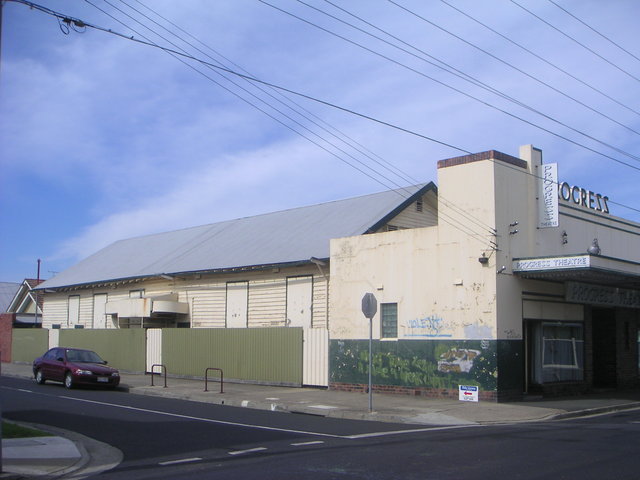 Located in the north Melbourne suburb of Coburg West. The Progress Theatre was opened in November 1923 as a community hall, where dances, bazaars and concerts were held. All seating was on a single floor.

It began screening films in 1927. Always independently operated, it was closed as the Progress Cinema in around 1998.

Today a ballet school operates from the building and an adjacent new building, and performances are held in the former auditorium.

As a cinema, sadly this venue should now be listed as closed.