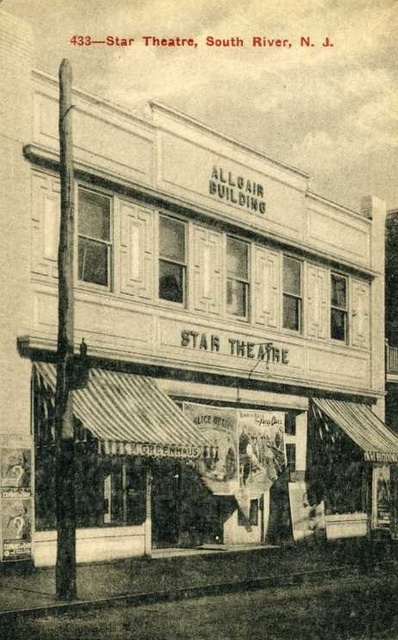 This item appeared in the April 5, 1913, issue of The Moving Picture World:

The Star Theatre in the vintage photo above has “Allgair Building” on its parapet. Despite the “one-story” in the item, and the two-story building in the photo, I suspect that this project was the Star Theatre. The theater itself was probably without a balcony.

The September 26, 1913, issue of the New Brunswick Daily Home News mentioned the New Star Theatre on Ferry Street. Issues of the paper from 1912 had mentioned the Star Theatre being on Main Street, so this house replaced an earlier theater of the same name.