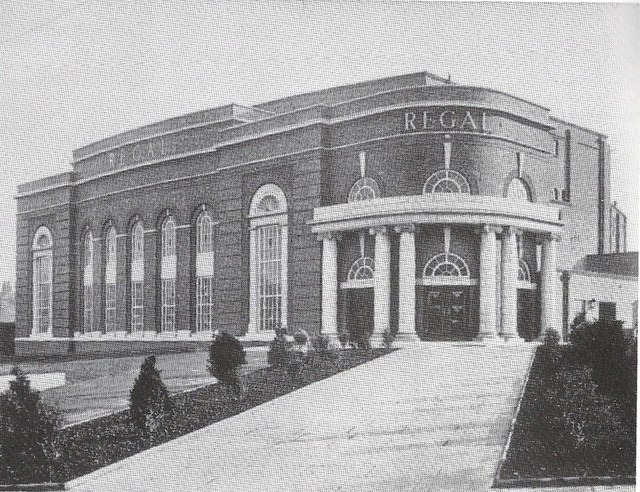 Located in the Handsworth district, to the north-west of Birmingham city centre. The Regal Cinema was set back from the main Soho Road at the corner of Booth Street. It opened on 13th October 1929 with a live stage show. Artists appearing included Paul Bennett’s Quartette, the BBC Male Voice Choir, an orchestra and Herbert A. Dawson playing the 3Manual/9Ranks Compton organ. The first films were screened the following day, opening with Fredric March in “Paris Bound”.

The Regal Cinema was the first purpose-built cinema in the Birmingham area to open as a fully equipped ‘talkie’ cinema, and it was also the largest suburban cinema in the city with its 2,116 seats in stalls and circle levels.

I believe Associated British Cinemas(ABC) chain took over the Regal Cinema around May 1930, together with the other cinemas owned by the Hockley Picture Co. It was re-named ABC in around 1959.

The ABC was closed on 16th November 1968. Mecca bought the cinema and converted to a Mecca Bingo Club. Later, it briefly become an Asian cinema, screening Bollywood films. Then demolished around 1980.

During early-1968 till its sale to Mecca, I did a number of Management Reliefs there. The building was spectacular….but in the wrong place.

In the projection box there was a sign:-‘The best way of fill this cinema is to remove 2,050 seats’.