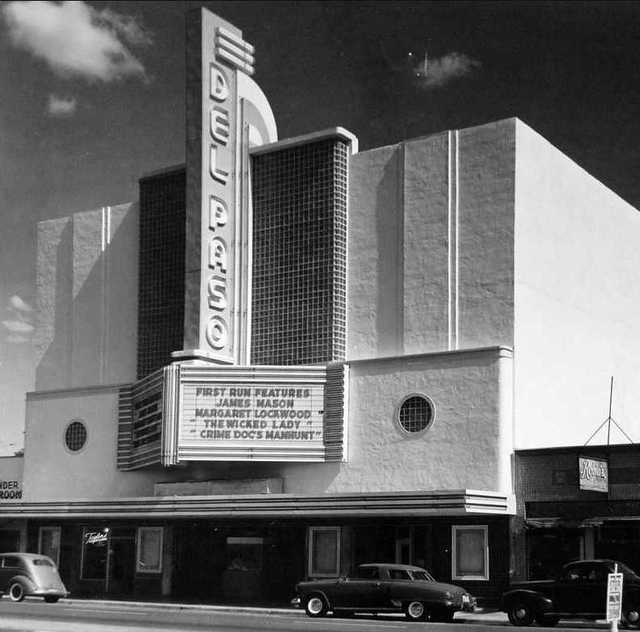 Because of wartime restrictions, the Blumenfeld movie circuit could not build a replacement until 1946, and the brand new $250,000 Del Paso Theatre opened January 23, 1947. The theater closed in 1972, and sat vacant for years, and then was gutted by fire in July of 1990. In 1998 the structure was finally demolished.

The sidewalk in front of where this theater stood still says “Del Paso” on it as part of the old entrance—a very nice memorial and grave marker.

North Sacramento was a separate incorporated city for forty years, but has been a district of the City of Sacramento since 1964. That’s where it should be listed, with North Sacramento as the district.

Also, the Grand Theatre is currently listed in “Old North Sacramento,” which is the same neighborhood.