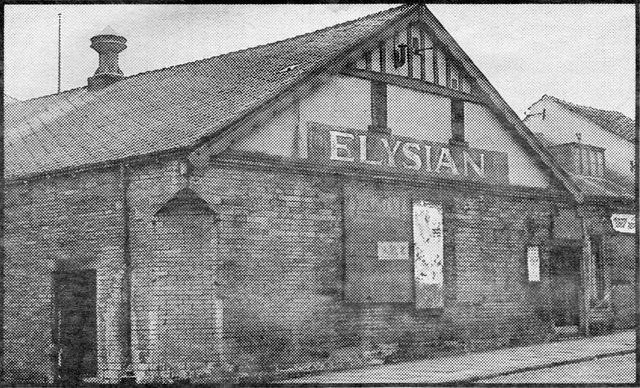 Located in the Lidget Green district of Bradford. The Elysian Palace was opened on 16th September 1912 with “Dr. Le Fleur’s Theory” and “The Reconstructed Rebel” It was a purpose-built cinema, constructed of stone, and had a half-timbered apex on the façade. Seating was provided for 535, all on a single level. The proscenium was 14 feet wide.

It was converted into a depot & garage. In later years it was last used as a clothing factory, known as Rai Clothing Co. - Family Fabrics. In 2008, the building had not been used for several years, and was roofless, in a semi-derelict state. The front of the building was demolished in 2014/2015.