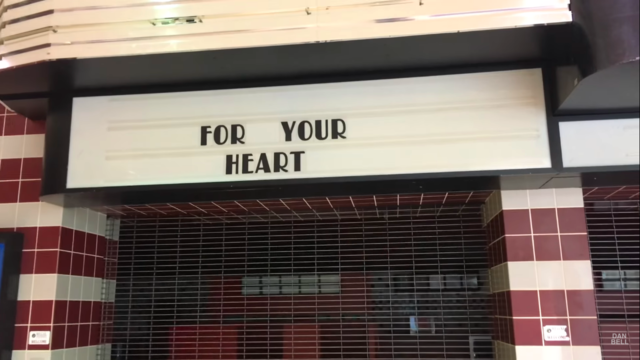 The Oak Hollow Mall opened it’s doors to the public on August 9, 1995 as one of the largest indoor mall in High Point and the third largest shopping center in the Triad. The movie theater, the Oak Hollow Mall Cinema 7 was located on the upper level part of the shopping center next to the main entrance and the food court. At the time of it’s opening, all of the High Point’s top four theaters were under Carmike Cinemas(Martin Twin, Towne Twin, Capri Triple, Carmike 8)with the Martin and the Towne Theatres have already closed their doors in mid-1994 leaving the Capri Triple and the Carmike 8 being the only 2 theatres under Carmike’s banner(The Capri became a discount movie house by 1996).

The Oak Hollow Mall Cinema 7 was High Point’s second multiplex cinema after the opening of the Carmike 8 in 1990. This was High Point’s first-ever luxurious movie entertainment center with seven wall to wall screens with the latest Digital Stereo Surround Sound and plush stadium seating in all auditoriums. The March 29, 1996 premiere attractions for the Oak Hollow Cinemas were “Sgt. Bilko”, “Diabolique”, “Oliver and Company”, “All Dogs Go To Heaven 2”, “Sense and Sensibility”, “Girl 6”, “Race The Sun”,and “Dead Man Walking”. Owned and operated under Regal Cinemas, it was closed in 2012.