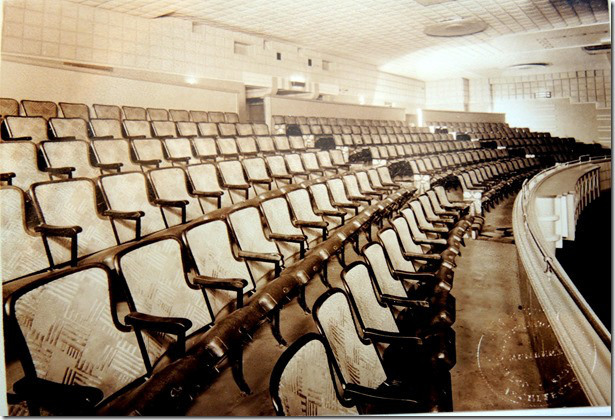 To many of a certain age, this theater is best remembered as the Casino Theater, the name it had when it opened in 1936 and for most of its life. Originally a vaudeville/burlesque house with films occasionally interspersed between acts, it became a primarily a venue after 1948 for popular recording artists and famous actors and entertainers doing solo shows, such as Kay Starr, Basil Rathbone, Tony Bennett, the Four Lads, and many others.

After the mid-1950s, it was primarily a movie theater. Late in the decade, strip tease acts were featured. In its last years, it was briefly a legitimate theater called the Civic Square Playhouse. It ended its days as the Festival Theater, showing international and art house fare. The theater closed in 1965. The owner at that time transferred the ‘Festival’ name to another theater he owned in Toronto at the time, listed here on CT as the New Yorker Theatre (later the Showcase).

The Four Seasons Hotel was later constructed on the site.

There is a picture of the theatre as the Casino on this webpage.

Scroll down on this webpage from the Silent Toronto site to see a 1953 ad for the Casino and a picture of two ushers outside the theatre.

The Former Four Seasons hotel is now the Sheraton Centre.