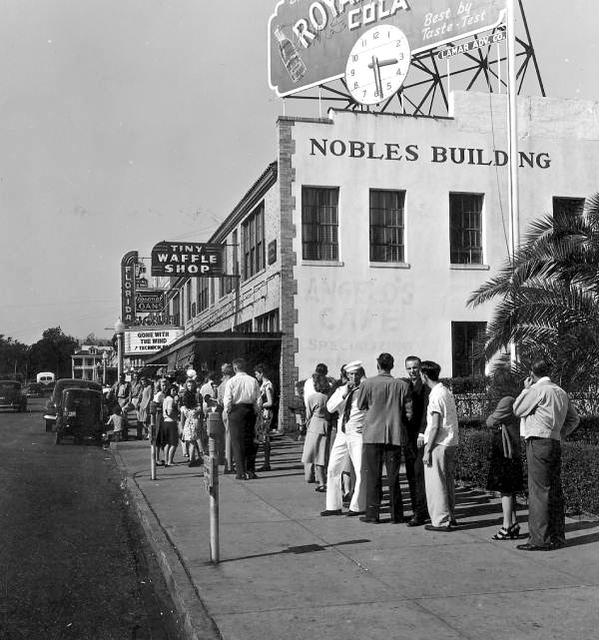 The Florida Theatre was located two blocks north of the Saenger Theatre. The theatre was opened in 1942, with seating listed at 550. It was operated by Giddens & Rester Theatres. It was closed by the mid-1970’s.

I’m pretty sure that it was the Rex…that the Florida was two blocks north of…with the Saenger being further south a bit on the same side of the street.

If I remember right the Florida theatre was about 200' from the Rex and the Saenger being halfway down Palafox. All 3 theatres were on the left side of the st. walking from the Hotel heading to the Auditorium at the end.

It seems that the 121 N Palafox address is wrong. In the 1947 “Gone With The Wind” photo the two-story building that is now the ‘Methodist Children’s Academy at First United Methodist Church of Pensacola’ can be seen in the distance at 6 E Wright Street. The Nobles Building still stands on the east side of Palafox and is occupied by CTS America (180 N Palafox). The Florida Theatre would have been Immediately to the north at 186 N Palafox and in fact the building appears to still be standing there.

According to Pensapedia.com there was a fire at the theatre in 1944: http://www.pensapedia.com/wiki/Florida_Theater

First ad placed in 1942. May have been opened before.