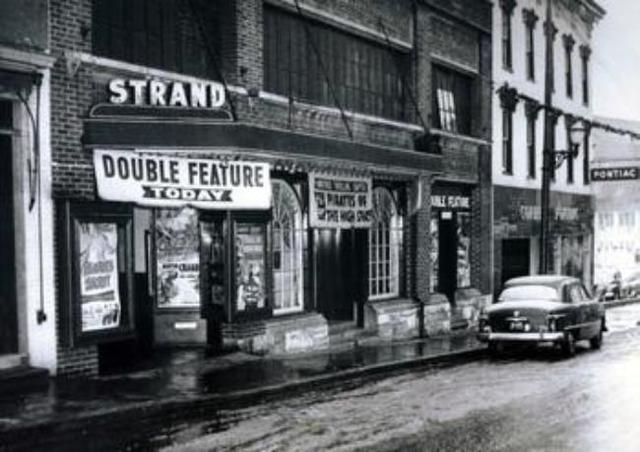 The Strand Theatre was open in 1930 with seating listed at 860. It was initially operated by Shenandoah Valley Theatres followed by Warner Brothers, Stanley Warner. The theatre closed in the early-1960’s. Where the theatre once stood is now a parking lot.