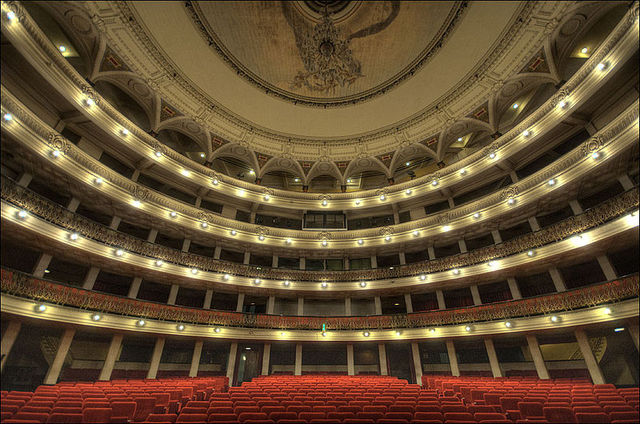 Located in the city centre on Paseo del Prado at San Rafael. The Teatro Nacional was opened in 1914. Over the years it also screened films. It was still operating in 1958. It was renovated and re-opened in January 2016.

This theater was inaugurated on 15 April, 1838 by Catalonian owner Francisco Marty Torrens, as the Gran Teatro Tacón, named after Spanish Governor Captain General Miguel Tacón, its architect was Antonio Mayo. When the ornate Centro Gallego was built on that site, Paseo del Prado 452 and San Rafael, in 1914, in German neo-baroque style designed by Belgian architect Paul Belau, the Teatro Nacional was located in the building. From the late teens to the early 40’s, it was the best and largest theater in the city. It also showed films. I saw Mexican charro Jorge Negrete perform there live on stage around 1949.

Renewed and the works finished in January 2016. the ballet national just came back. It’s been dedicated to Mrs Marta Abreu even if she is still alive…