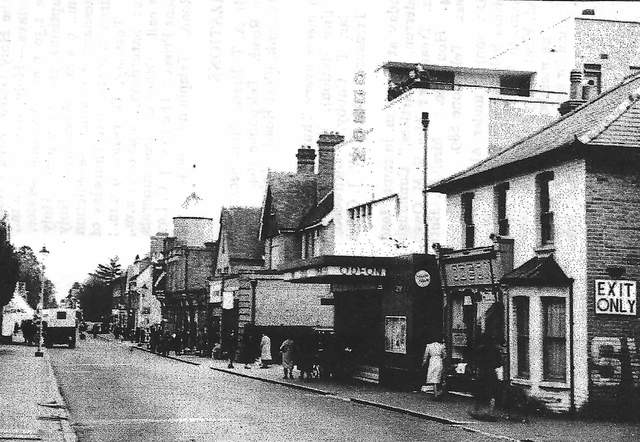 Located in Fleet, Hampshire. Built on the site of the former 357-seat Cinema/King George V Cinema, which had opened at the end of World War I and was closed and demolished by the County Cinemas chain in 1937.

They built the County Cinema, which opened on 20th November 1937. Seating was provided for 610 in the stalls and 164 in the circle. It was taken over by the Oscar Deutsch chain of Odeon Theatres Ltd. in September 1939.

Re-named Odeon from 29th April 1946, it was closed on 12th October 1957. The building was demolished and shops and a Co-Operative Funeral Directors was built on the site.

Photo of the exterior of the Odeon,Fleet added at the photo tab