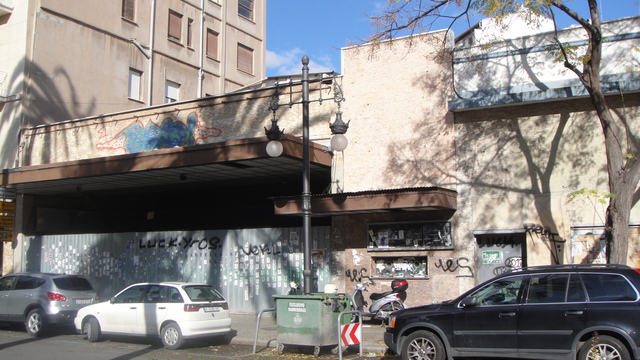 Located in the city centre at the corner of Avenida Regne de Valencia and Carre Burriana. The Cines ABC Marti was possibly opened in the late-1960’s or early-1970’s. It appears to be a single screen cinema, with seating all on one level.

Another exterior view can be seen here.