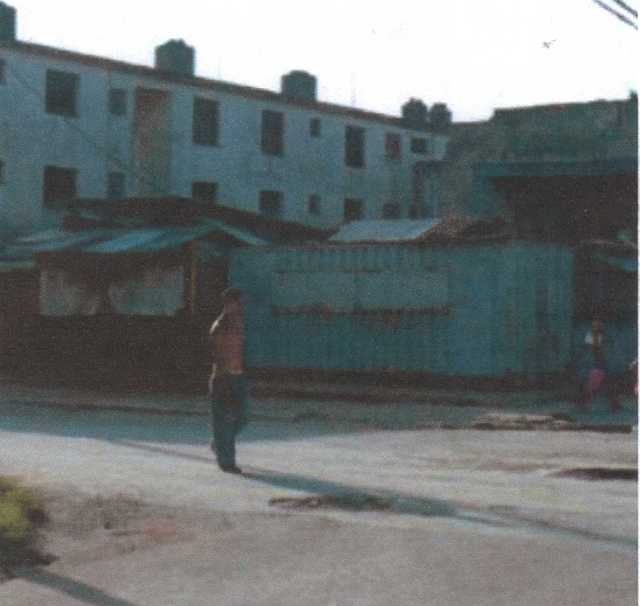 This movie theater was built in its time in Art-Déco style. It had two enormous floor fans on the balcony level at either side of the screen before the doors of the restrooms. It showed “Dónde andarán nuestros hijos”, Mexican movies “Así se quiere en Jalisco” with Jorge Negrete and María Elena Marqués in color, “Ella la inolvidable” with Lina Montes and Luis Aldás, 1942 Argentinean movie “Adolescencia” with Pola Alonso, “A Date with Judy”, 1948, with Elizabeth Taylor and Jane Powell, and every year on Easter Sunday, the Mexican film “La vida, pasión y muerte de Nuestro Señor Jesucristo” of 1942 with José Cibrián. I remember in the candy counter at the entrance in 1950 they sold Adams two-piece gum boxes for 2¢. It was demolished or collapsed.

The former Cine Santos Suarez, only the screen remains as a backdrop for the fruit market occupying the site.