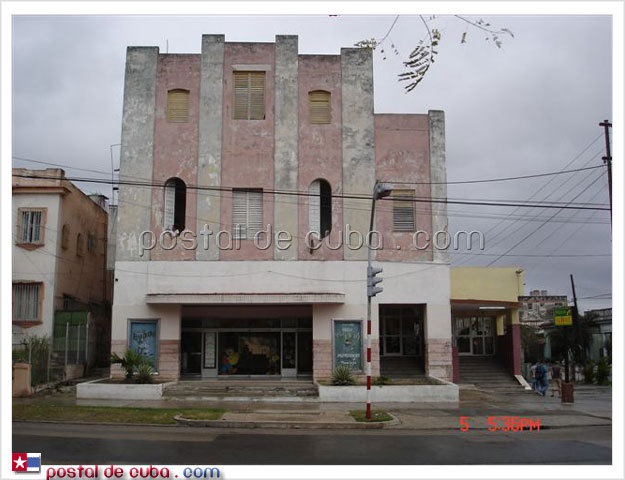 Located in the Mendoza district in the south of the city centre, at the corner of Santa Catalina and Juan Delgado. The Cine Santa Catalina was opened prior to 1946. It was still open as a movie theatre in 1958.

It is now a childrens' cinema, known as Edad de Oro

Here is a vintage photo of Cine Santa Catalina from the University of Miami Libraries Cuban Heritage Collection. The photo is undated, but the Mexican movie Soy un Prófugo, which starred Cantinflas, was released in Mexico in 1946 and in the United States in 1947.