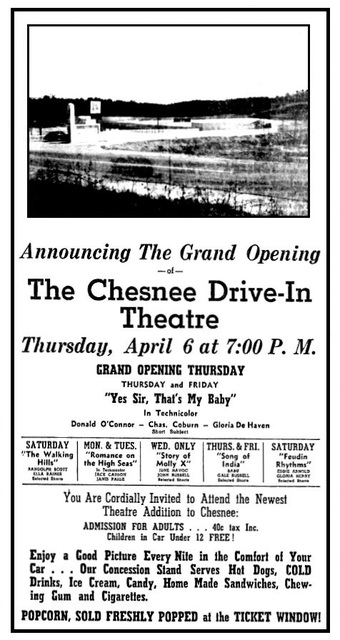 The Chesnee Drive-In opened on April 6, 1950, featuring “Yes Sir, That’s My Baby” with Donald O’Connor, Chas. Coburn and Gloria DeHaven. It was owned by George Ward who also owned the Colonial Chesnee Indoor Theatre and the Moon Lite Drive-In in Inman, SC. It had a parking ramp that would park 200 cars and they sold popcorn at the ticket window when you entered the theatre.

Unfortunately it was only open for short time and it closed in July of 1953. In 1956, the property was sold and it was made into an auto salvage yard. It was eventually sold to a recycling business.