The Sterling Six Cinemas, operated by B&B Theatres, opened on November 6, 2001. Their website notes that “B&B Theatres stands for Bills and Bagby, two families who both launched movie theaters and joined forces—for business and love—in 1980". 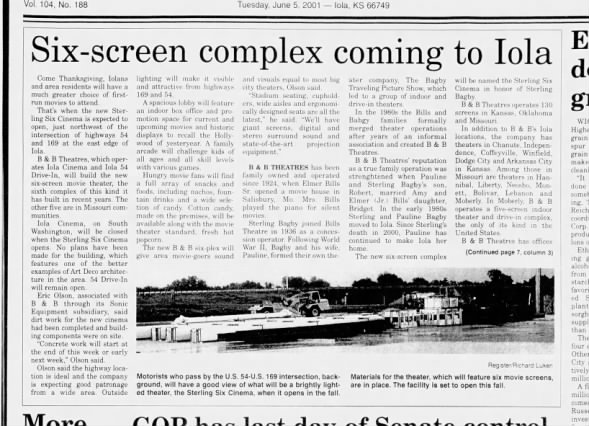