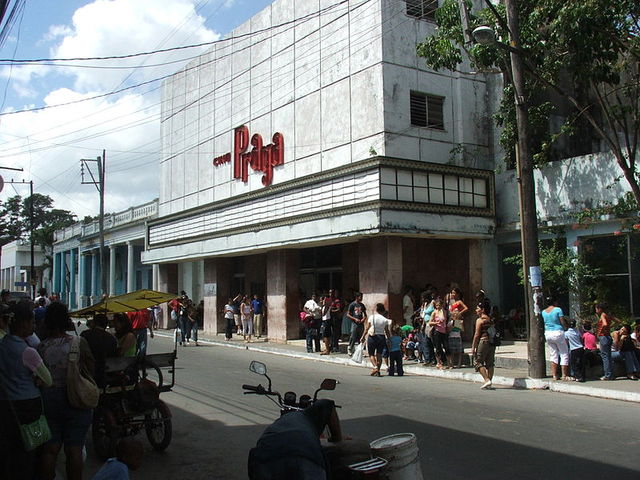 Located on Velez Caviedes between Yagruma & Retiro, in Pinar del Rio, a town to the west of Havana. The Cine Aida was opened on 9th April 1939 with the Mexican movie “Hombres de Mar”. It was named after the daughter of the owner Sister Aida Rosa Perez. In the 1950’s and 1960’s it attracted many important figures and socialites.

It was later re-named Cine Praga, and closed in around 2005. The building stood empty and unused until around 2013, when it was re-opened. It has a basic digital projector which allows DVD’s to be played.

This theater was the property of Juan Pérez Valdés.

This theater was repaired and is showing movies again.