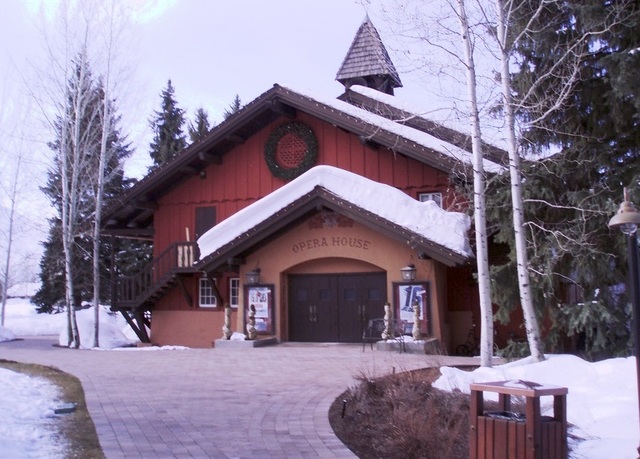 The world-famous Sun Valley Lodge and ski resort was built in 1936 by Averell Harriman, owner of the Union Pacific Railroad. According to accounts, the opera house was built on the grounds of the lodge around 1937 and never was an opera or vaudeville house, just a movie theater. Today it is a first-run movie house and is used for seminars and other purposes.

Many famous actors have stayed at this resort and many also live in Sun Valley. The resort was the center of the film "Sun Valley Serenade". The resort plays this film every weekend at the Opera House, and on a dedicated TV channel in the Hotel 24 hours a day.

Regular first run films grace the screen on all other nights. This well equipped theatre is outfitted with a pair of Simplex X-L’s, a Norelco 16mm projector, and Sony SDDS Digital Sound, and Klipsch horn loaded speakers.

If you’re in the area, don’t miss seeing a movie at this theater!