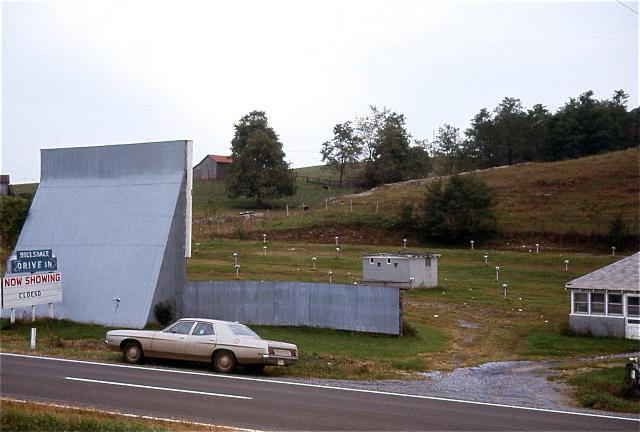 Considered one of the smallest drive-in theaters in the United States, the Hillsdale Drive-In had a capacity of only 55 cars (as stated in the 1964 International Motion Picture Almanac). It opened in the spring of 1959, and looked like nothing more than a roadside attraction, but it did serve the communities along the Lee Highway. It closed sometime in the late-1970’s as the Rappahannock Drive-In, and now serves as a used car lot.

tiny, but saw one like that in VIRGINIA in the MTNs..somewhere…

Odd name!! Why the name Rappahannock?