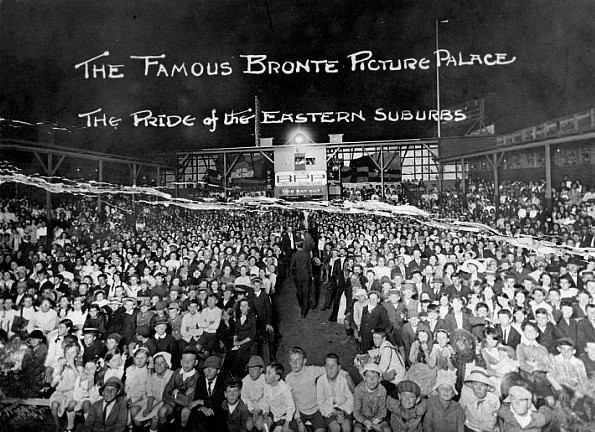 Located in the east Sydney suburb of Waverley. Began life as an outdoor picture show in 1911. The site had been a horse stable owned by John Bunyan who partnered with local newsagent William Napier. The cinema was popular due to the policy of showing only new films. The business was sold several times before being converted in 1926 to a fully enclosed building operating as the Bronte Palace Theatre, with 1,047 seats.

In 1937 it was remodeled to the plans of architectural firm Crick & Furse in an Art Deco Style. The seating capacity was reduced to 549, with all seating on a single floor, and a small stepped section at the rear. It opened on 15th May 1937 with Gary Cooper in “Lives of a Bengal Lancer” and Charlie Ruggles in “Murders at the Zoo”. It was now one of the Kings Theatres circuit. When Greater Union bought a majority interest in the Kings Circuit in 1946, the Bronte Kings Theatre left the group and was run by Hoyts as the Bronte Theatre until it closed on 24th January 1952 with “Battleground” and “Northwest Rangers”.

The building was used for storage until early-1957 when it was demolished for the inevitable gas station, but today the site is occupied by an equipment hire company.

If it was the pride of the Eastern suburbs, why was it demolished?