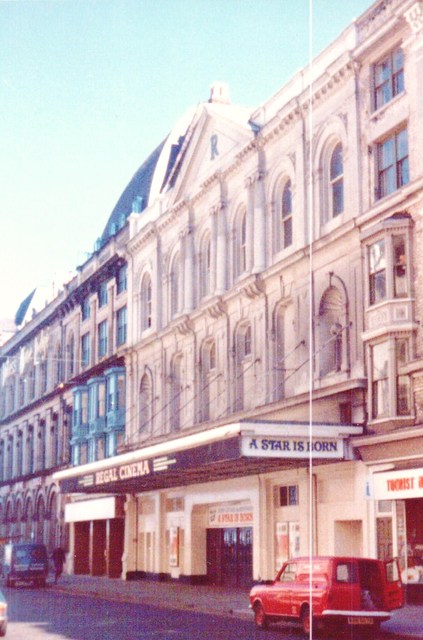 Opened as the Grand Theatre in 1882, to the plans of architect Thomas Lightfoot. It was reconstructed in 1888 with plans drawn by noted theatre architect Frank Matcham. Films were presented as part of the variety programme from the early-1900’s, and it became the Grand Picturedrome in c.1909.

Rebuilt in 1934/35 to the plans of architectural firm W.H. Lomas & Barrett, with architect Norman Barrett in charge. It reopened as the New Regal Cinema on 28th June 1935. A Compton 3Manual/6Ranks cinema organ was installed at this time, opened by organist George Tootell. During the 1960’s it was operated by Palace and Derby Castle Ltd. and only operated during the summer months. It was closed and demolished in 1983, to be replaced by a bank. building.