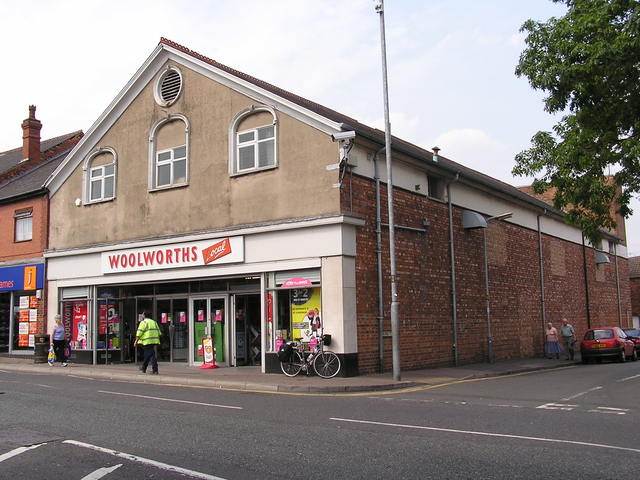 Located in the Nottinghamshire (former coal mining) town of Eastwood, which was also the birthplace of novelist D.H. Lawrence. The Empire Cinema is on the corner of Nottingham Road and King Street. It was opened on 9th December 1913. It was designed by local Eastwood architect A.G. Wheeler. Seating was provided in stalls and balcony levels. It had a 19 feet wide proscenium and a stage for variety performances, with three dressing rooms for artistes. There was also a cafe attached to the building.

On 16th November 1948, the building was damaged by a fire, and remained closed for a while until repairs could be carried out. It re-opened on 2nd January 1950. The Empire Cinema was closed on 3rd November 1956 with Jeff Chandler in “Toy Tiger”. It remained closed for a while, and was then gutted internally and converted into a Woolworth’s store. Woolworth’s operated in the building until the company went into receivership in late-2008. It is now a Heron Stores food supermarket.