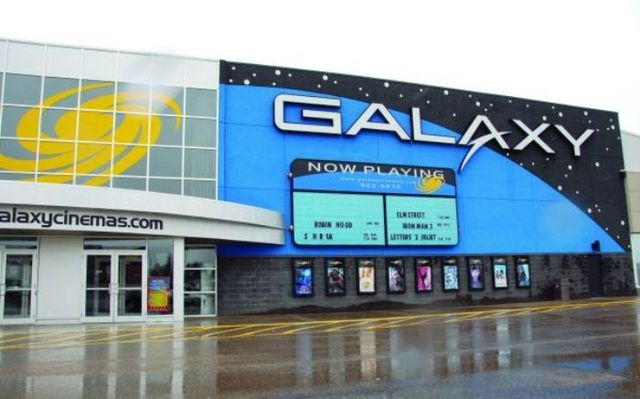 Famous Players opened the Prince Albert Cinemas 4 sometime around 1980 at the South Hill Mall in Prince Albert. The theatre’s original address at the time was 267 32nd Street West. It began as a fourplex with seating capacities of 306, 312, 306 and 276 for a total of 1,254 seats.

The theatre was later renamed to the Cinema 6 in 1998 when it expanded to six screens. In 2003, Galaxy Cinemas took over the theatre, renovated it with stadium seating and rebranded it under the Galaxy name. Cineplex Entertainment now operates the theatre, which features first-run movies.