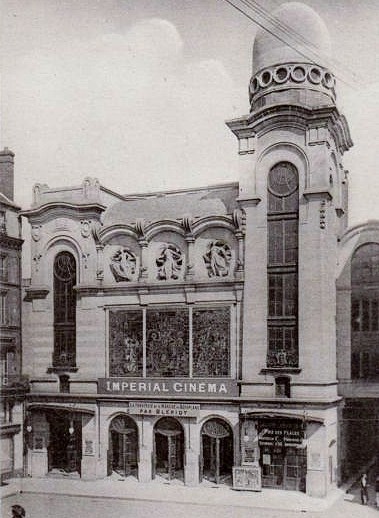 Located in Rouen, in the north of France. The Alhambra was built in 1896. It began screening films in 1906, and in 1910, it was renamed Imperial Cinema.

The Imperial Cinema was closed in July 1940 due to World War II conditions. The building was destroyed by bombs in 1944.