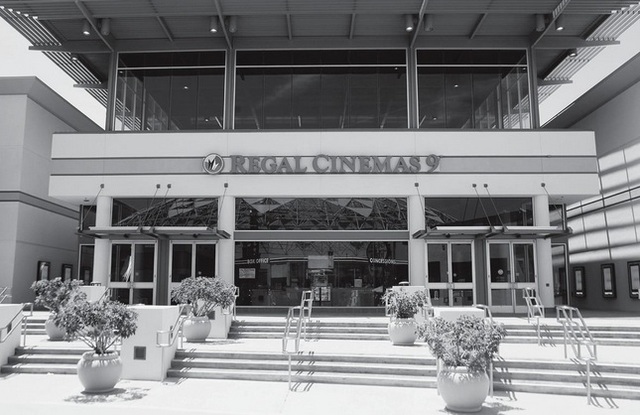 The 2,000-seat Janss Marketplace 9 came under the Regency Theatres banner in November of 2011.

The Los Angeles Times covered the Mann 9 Theatres, which originally opened here on December 15, 1995. Mann had selected the first night’s films, including “Lawrence of Arabia,” “My Fair Lady” and “The Fugitive,” to show off the theater’s state-of-the-art sound systems and picture quality.

It was noted at the time that Mann’s old two-screen theater at the mall showed its final films the previous week and was to be torn down the next year.

Janss Marketplace 9 was closed December 31, 2015. In January 2016 it was confirmed that Regal Entertainment Group would take over and renovate the theatre. It re-opened June 9, 2016.