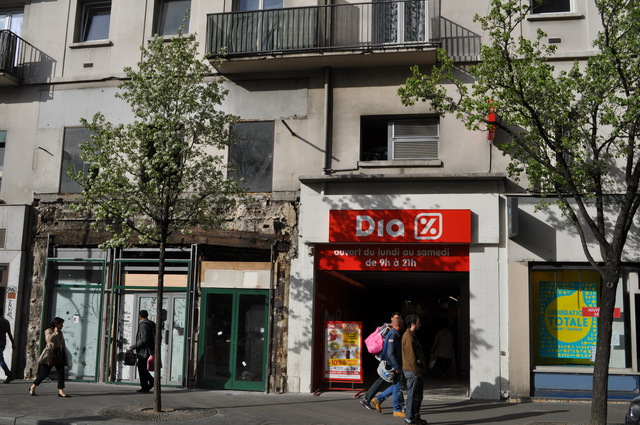 Located in the northeast of the city centre. The Secretan Pathe was opened in late-1907 by the Pathe chain of cinemas. The entrance was via a narrow passage, which led to the auditorium, which was located to the right, parallel to avenue Secretan behind existing buildings. Seating was provided for 400 in the orchestra and 300 in the balcony.

Later known as the Sectretan, it was still open in 1965, but had closed by 1975. A supermarket operates from the building today.