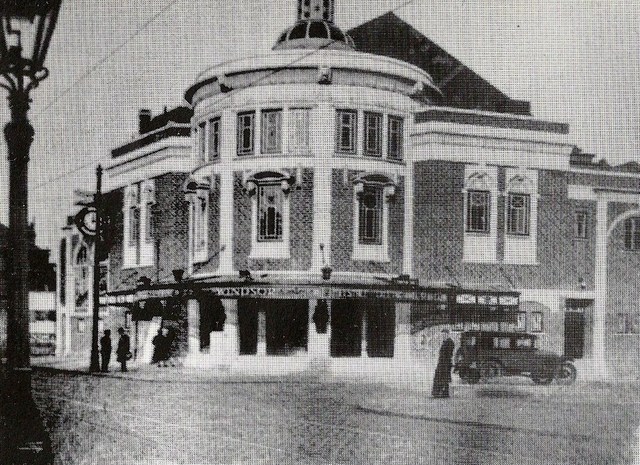 Located in the district of Bearwood, just to the south of Smethwick, west of Birmingham. The Windsor Theatre stand on a corner site at Bearwood Road and Dunsford Road, adjacent to the Coliseum Cinema which was closed on 27th September 1930 (it has its own page on Cinema Treasures). The Windsor Theatre was opened 29th September 1930 with Bessie Love in “Chasing Rainbows”. It was built for and operated by Hewitson’s Ltd., who also operated the Coliseum Cinema and became the head office for the chain. Designed by architect Horace G. Bradley, seating was provided in stalls and circle levels. The proscenium was 45 feet wide, the stage 25 feet deep, and there were eight dressing rooms. It was equipped with a British Thomson Houston(BTH) sound system. It was equipped with a Compton 3Manual/8Ranks organ, which was opened by organist Reginald Maynard. The theatre also boasted a café for the convenience of its patrons.

As well as films, variety acts were part of the programming in the early days, and after World War II had ended, it became a full time live theatre. The final production was the pantomime “Mother Goose” starring Dave Starr which ran for six weeks, and closed the Windsor Theatre on 6th February 1960. The Compton organ was removed from the building and installed in Oxley Parish Church, Wolverhampton.

The building stood empty and unused for several years, and was then converted into an ice rink. This was closed in 1973 and the building again remained unused until 1980, when it became a nightclub. This was to be a short lived venture, which closed in 1982. It was then converted into a snooker club. By 2017 it was a bar, named Windsor Theatre which feature live music acts. By 2021 the building was unused and was put up ‘For Sale’ by auction on 19th May 2021. It is a locally Listed building. 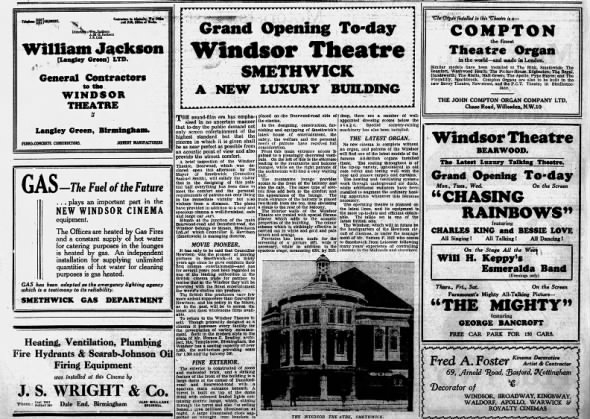