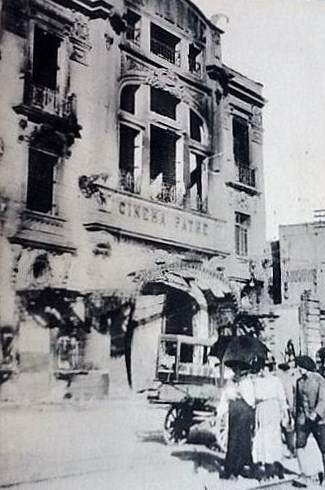 Located in the northern Greece city of Thessalonica, the 2nd largest city in the country. The Cinema Pathe was opened in the early-1900’s. I believe it suffered from a fire in the late-1910’s or early-1920’s.