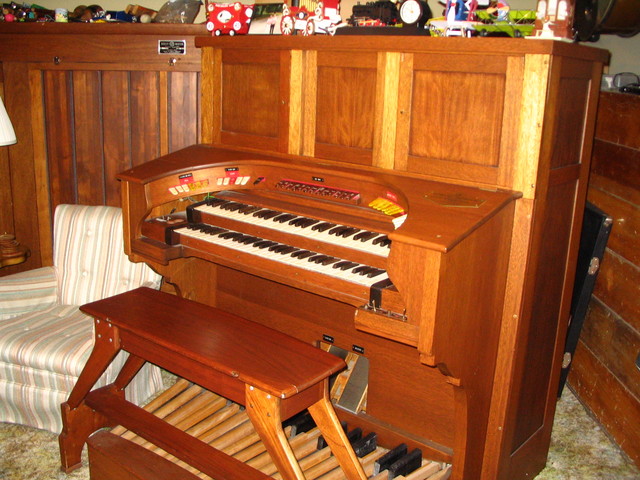 In a building dating to 1874, John Crump opened his Opera House on October 30, 1889. In 1914, the first movies were shown, and not long afterwards, the Opera House was renamed the Crump Theatre.

In 1934, seating was increased when the orchestra pit was removed, and the same year, the Crump Theatre was nearly renamed the ‘Ritz’.

The Crump Theatre underwent a thorough renovation in 1941, to the plans of architect Alden Meranda. It was redesigned in Art Moderne style, including its dramatic facade, with its two-story tall vertical marquee, illuminated by chaser lights.

The Crump Theatre remained popular for decades, until declining ticket sales forced the theater to close in 1987. That year, the old theater came close to being demolished, but fortunately was spared.

Since 2001, the Crump Theatre has been undergoing a restoration project, with the facade’s repairs completed by late-2001, it’s marquee lit up for the first time in many years during that year’s holiday season.

The Crump Theatre marquee was used in the promos for an upcoming BIO Channel presentation about Indiana native and singer John Mellencamp. Presumably the concert footage used in the piece was shot at the Crump as well. The interior appears to be a smaller, intimate concert setting.

There’s a history of the Crump on this blog page: View link

Nice big marquee at the Crump.

Nice photos of The CRUMP Aerinea.

Have you read my award winning book, Columbus Indiana’s Historic Crump Theatre? You can get your autographed copy at Viewpoint Books, and/or the Visitor Center. It is also available as an e-book through most online book sellers, and last but by no means least, the Bartholomew County Public Library has copies available. 50% of the proceeds from book sales go directly to the Crump Theatre.