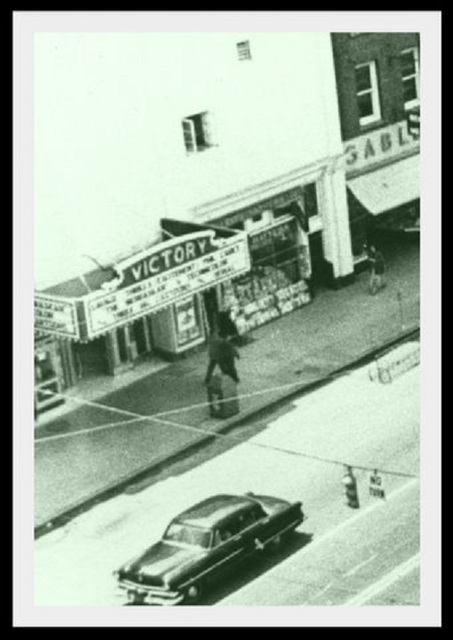 Originally opened as the Main Theatre in 1913, it was enlarged in 1918 and renamed Victory Theatre from November 28, 1918. In 1930 seating was listed at 657. It was operated by Wilby-Kinsey Theatres. The Victory Theatre closed in the mid-1950’s. It has since been retrofitted for retail. Now a clothing store called Mala’s Fashions.

Any additional information on the Victory Theatre would be appreciated.

A 1915-1916 city directory of Salisbury lists 103 S. Main as the location of a house called the Main Theatre. Doc South’s “Going To the Show” says that the Main operated from 1913 to 1918. The house was rebuilt that year, doubling its capacity, and reopened as the Victory Theatre on November 28. Doc South’s pages on the Victory include a newspaper article about the opening and another about the theater’s American Fotoplayer.