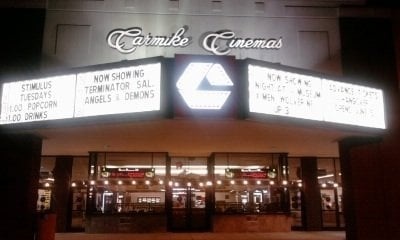 Opening on January 31, 1997, the Park Place Cinemas was Morrisville’s first-ever multiplex theatre and was one of four Triangle theatres that were owned and operated under Carmike Cinemas. Located at the intersection of Cary Parkway and Chapel Hill Road(State Highway 54)in the Park Place Shopping Center. The Park Place opened as a 12-screen cinema with full Dolby-DTS digital and THX sound systems in all auditoriums.

In 2000, the Park Place expanded to 16 screens and converted to all stadium seating in all auditoriums along with dual concession stands, accessible seating for handicap persons, closed captioned technology in all auditoriums along with plush seating with the expansion advance ticketing and acres of free parking. The Park Place Cinemas is the only theatre under Carmike that plays a variety of movies that include first-run features and Bollywood presentations as well as independent features. In April 2017 it was taken over by AMC and following refurbishment in 2018, four screens have been decomissioned.

Upon its opening on January 31,1997,the Park Place at the time was the only movie theatre in the small town of Morrisville that was between Cary and the Research Triangle Park. It was the only multiplex in town until January 25,2013 when Stone Theatres opened a 14-screen multiplex at Park West Village on the opposite side of nearby Cary Parkway and State Highway 54 across the street from the Park Place Shopping Center.

It opened as the Park Place 12 on January 31,1997 with the premiere attractions for its grand opening.

“THE RETURN OF THE JEDI:SPECIAL EDITION”

It wasn’t until 2000 when it expanded from 12 to 16 screens under Carmike Cinemas.

Per the AMC site, this is no longer an “AMC Classic” but just an AMC, showing first-run films.

While still branded as AMC Park Place 16, 4 screens have been decomissioned and is only operating 12 screens. The building has been fully remodeled and now features recliners in all auditoriums and a full service bar. 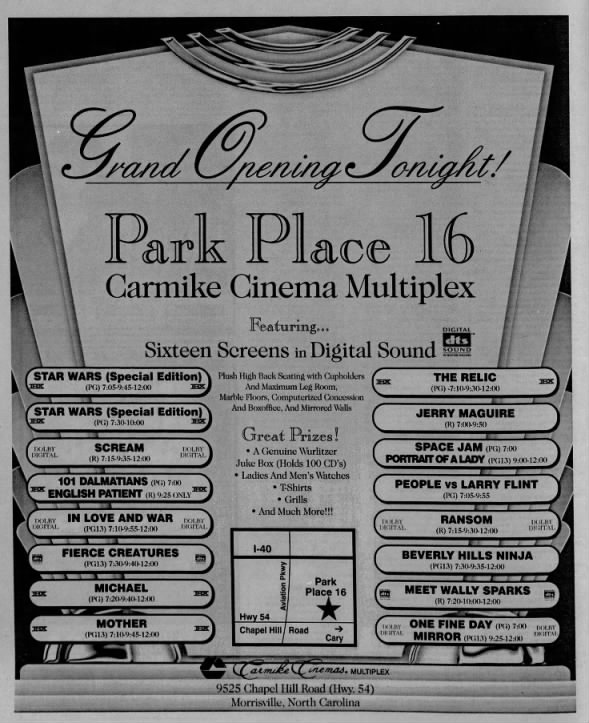 One more thing. It opened with all 16 screens.