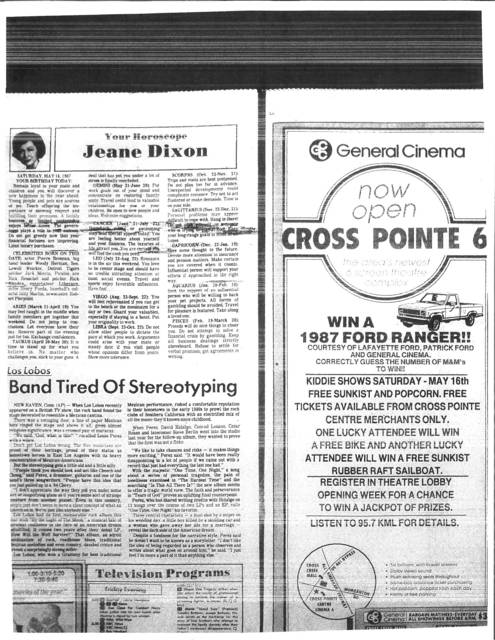 Located in the Cross Pointe Shopping Center on Morganton Road across the street from the Cross Creek Mall, the Cross Pointe Cinemas opened on May 15, 1987. The cinema was Fayetteville’s second multiplex theatre and the second one to open under General Cinema Theatres as a six-screen cinema with a seating capacity of 1,500. At the time of its opening all auditoriums have state of the art Dolby sound, plush rising seats throughout, expanded concession stand not to mention acres of front door free parking and same day advance ticket purchasing for coming attractions. The opening attractions for the grand opening of the Cross Pointe cinemas were “Lethal Weapon”, “Creepshow:Part II”, “Campus Man”, “Cyclone”, “The Gate” and “Round Midnight”.

This theatre under General Cinema and the Cross Creek Mall Cinemas across the street were not helped by the fact that Carmike put up two multiplexes nearby that muscled out the competition. As a result, General Cinema closed this theatre in 2000. It was demolished later on to make way for a Bed Bath and Beyond which was bulit on the site of where the Cross Pointe Cinemas once stood.