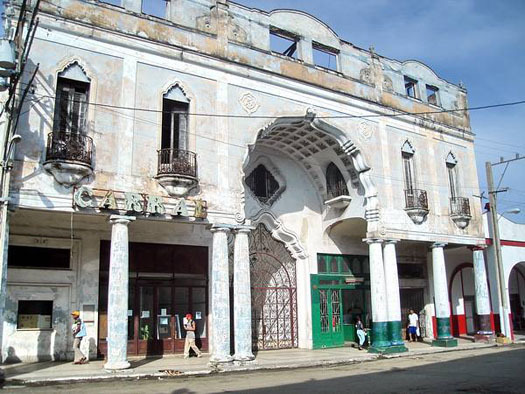 Located in Guanabacoa, Providence Habana. The Cine-Teatro Carral opened on January 13, 1850 as the Sociedad Filarmonica Isabel II. In 1954 it was bought by the Carral family and converted to a cinema opening on 6/1/1954. The building has a marked Arabic architectural influence. It closed in 2000 and now is under repairs.

The seat capacity of the Cinema Carral is 900 people.