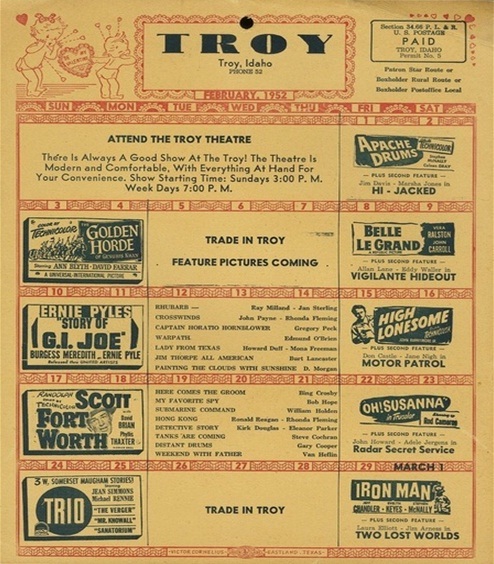 The Spokane Spokesman-Review on November 17, 1924, reported on the opening of the Lincoln Theatre in Troy, owned by Phip Mettler and managed by W.J. LeFebvre. The Sanborn Insurance Company mapped it in 1929.

According to the Film Daily Yearbook, it became the Troy Theatre in the early-1940’s and was listed from 1951-53 with 200 seats. The Spokane Daily Chronicle said in 1958 that the theater closed in 1956. The former theater, evidently boarded up, can still be seen on S. Main Street.