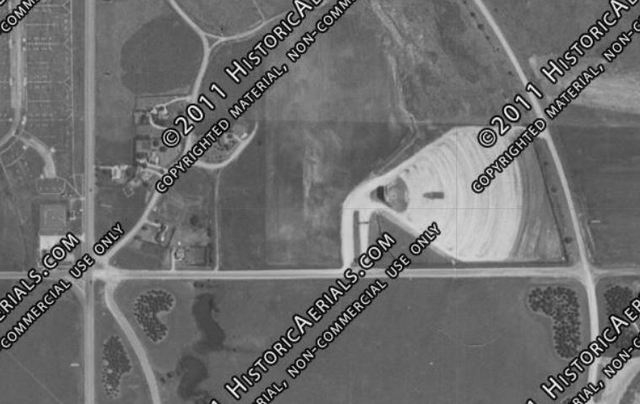 The Airport Drive-In opened on August 29, 1947 with Walter Brennan in “Home in Indiana”. The Airport Drive-In is listed in the 1961 International Motion Picture Almanac with a car capacity of 600. The owner/booker listed for that year was Peerless Theatres.

The Planeview Facebook group has a thread of memories about the Airport Drive-In.

The address listed is the same location as the Elf Day center. Cross streets are better at times.

To clarify: The address I gave is correct.

The reason I gave this address is because it points DIRECTLY to the theater’s entrance road. Cross streets do not paint the complete picture. People in this area may want to know EXACTLY where you would enter the drive in present day with the help of historical aerials. BTW Elf Daycare is now permanently closed.

Grand opening ad posted. It opened with “Home in Indiana”

Boxoffice, Sept. 6, 1947: “WICHITA— This city’s second drive-in theatre, the Air Port Drive-In, opened last Friday night to a near-capacity crowd. The 700-car open-airer, located within a few minutes of the municipal air terminal, is owned by Peerless Theatres, Inc., representing C. C. McCollister and associates. Merle Barnes is managing director of the theatre. Constructed under the Louis Josserand patents, claiming 30 percent more capacity for a given area, the double-ramp drive-in was equipped by National Theatre Supply Co., Kansas City. Features are Simplex E-7 projectors with Hy-Candescent lamps for the 52-foot screen and Simplex in-car speakers. Power for booth equipment is furnished by a 40-horsepower generator. Signs were built by the Rich Signs Co. of this city. McCollister also owns and operates the Odom Drive-In in Oklahoma City and the Nomar Theatre here. Wichita’s other drive-in, a Sullivan location, opened a year ago. The Sullivan firm is building this city’s third open-airer, to open soon on highway 54.”